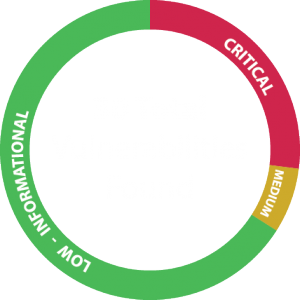 Bulletproofs are a specific type of range proof based on new cryptography by Benedikt Bunz et al. Bulletproofs are a trustless proofs setup that are substantially smaller than the current Borromean style range proofs that were previously used, which reduces the size of Monero transactions by 80-90%.

Monero’s latest network update, which is now live, has enabled Bulletproofs and corrected all outstanding issues that were raised by the Kudelski and QuarksLab projects.

Because this flaw impacted live code, OSTIF, QuarksLab, and the Monero team agreed to a disclosure embargo on this report until after the latest network upgrade that forced users to upgrade their nodes to patched code. The Monero XMR network is now safe from this flaw.

Other serious bugs that were identified and fixed:

This is the second of two audits that were conducted for Monero Bulletproofs. The first audit of Bulletproofs was conducted by Kudelski Security and the results are here.

If you would like to review the full QuarksLab audit the direct link is below: (please do not hotlink directly to the PDF, we would like visitors to come to the OSTIF site, it helps us gain more support for the cause, thank you!)
https://ostif.org/wp-content/uploads/2018/10/OSTIF-QuarksLab-Monero-Bulletproofs-Final2.pdf

The Open Source Technology Improvement Fund, Monero Research Lab, QuarksLab, and the Monero community have come together to sponsor in-depth research looking into Monero Bulletproofs. The audit was funded by Monero community donations, with coordination and exchange support from OSTIF. The audit was conducted by QuarksLab. We’d like to thank our OSTIF sponsors Private Internet Access, ExpressVPN, and DuckDuckGo, for making OSTIF possible and helping to make this opportunity happen.