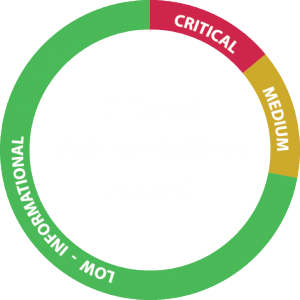 OpenVPN 2.4.0, the NDIS6 TAP Driver for Windows, the Windows GUI, and Linux versions were evaluated. This release included a number of new features including control channel encryption.

This public disclosure of these vulnerabilities coincides with the release of OpenVPN 2.4.2 which fixes all of the high priority concerns.

Because of this audit, the OpenVPN development team has issued a number of fixes in OpenVPN 2.4.2.

Furthermore the following was affirmed:

There was also another security review performed by Dr Matthew Green at Cryptography Engineering paid for by Private Internet Access. You can access this security evaluation here:

Cryptography Engineering focused on the cryptography aspects of OpenVPN, and gave a list of recommended changes to improve the general cryptographic strength of OpenVPN.

OpenVPN is much safer after these audits, and the fixes applied to the OpenVPN mean that the world is safer when using this software. We have verified that the OpenVPN software is generally well-written with strong adherence to security practices.

Please donate to OSTIF if you want us to continue this valuable work. We plan to continue this project indefinitely, as long as the community continues to support us. Every donation and every person you tell about OSTIF makes the Internet stronger, and safer.

I’d also like to extend a special thank you to Fred, Jean-Baptiste, Gabriel and Jordan at QuarksLab for conducting this audit, to Samuli and OpenVPN Technologies for their enthusiastic participation and the OpenVPN communities’ continued development of this crucial open-source software, and to the coalition of 33 companies and all of our individual donors for the funding to make this audit possible. We have all made the digital world a little bit safer for all of us.